To share your memory on the wall of Glenn Yager, sign in using one of the following options:

Glenn worked as a security guard and served his county in the US Army during the Vietnam War. He was a volunteer Fireman for over 50 years in Caledonia, New York and was a member of the American Legion and Moose Lodge. He loved the Buffalo Bills and was an all-around sports fan. He was a social butterfly who enjoyed golfing and fishing.

We encourage you to share your most beloved memories of Glenn here, so that the family and other loved ones can always see it. You can upload cherished photographs, or share your favorite stories, and can even comment on those shared by others. 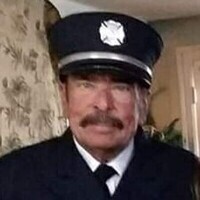